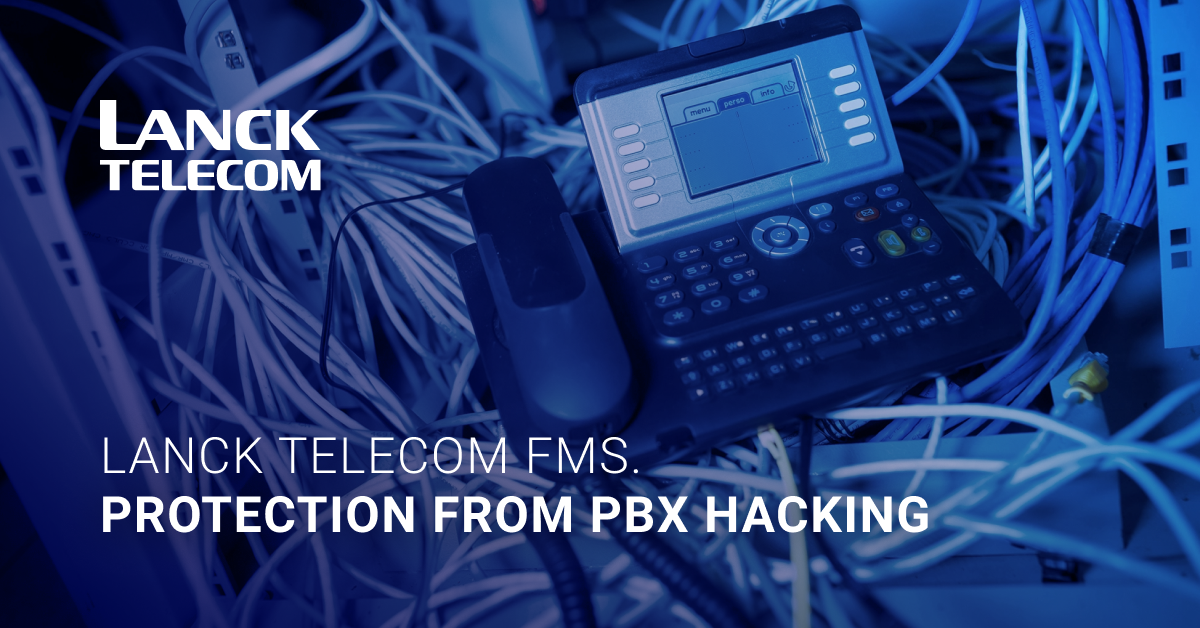 LANCK Telecom is celebrating its 20 year anniversary. And we have a gift for our current and future partners:

Our innovative FMS with full functionality, for FREE!

Our FMS is already in use by nearly 100 enterprises, transit carriers, and mobile & fixed line operators. The system protects them against different forms of International Revenue Share Fraud (IRSF) and calls to Premium Rate Services (PRS) including:

And many other types of nuisance calls such as robocalls, call bombing and silent calls for telemarketing or scamming purposes.

A PBX (private branch exchange) is a private telephone network within a company that connects the business to an external network of an operator.

Nowadays, PBXs (both IP or circuit-based) are considered an easy target for fraudsters because users are often unaware of the threat that PBX hacking poses and fail to implement even basic fraud protection.

For example, the PBX users don’t change the default passwords provided by switch vendors that are easily available online and in user manuals.

PBX hacking is a huge fraud risk for enterprises & telecoms and leads to enormous revenue losses.

According to the Communications Fraud Control Association (CFCA), in 2019 PBX hacking was the #1 telecom fraud method, causing a global fraud loss of $3.64 billion USD.

It’s important to notice that although the second scenario is less popular with fraudsters, PBX hacking with natural traffic isn’t so easy to detect.

Here, we consider the fraud scheme from the first (most popular) scenario.

As most antifraud systems are CDR-based, cannot break active calls, and have poor performance with traffic disguised with statistical patterns, attacks can last for hours and may not be detected at all. This can lead to enormous financial losses for a business (up to hundreds of thousands of USD per attack).

Even if a company successfully stops a payment flow, it faces reputational losses, as well as losses related to dispute process arrangement  (it also negatively affects every carrier in the chain).

With LANCK Telecom, these threats are prevented. Let’s take a look.

Reach out to us if you want to protect your business  from PBX hacking and all  other fraud types.

Don’t miss your chance to get our FMS for free: contact fms@lancktele.com.

In our next article, we demonstrate how we protect against Wangiri fraud. Follow us on social media to not miss any news!